What is a vector file?

Home ⁄ Featured posts ⁄ What is a vector file? 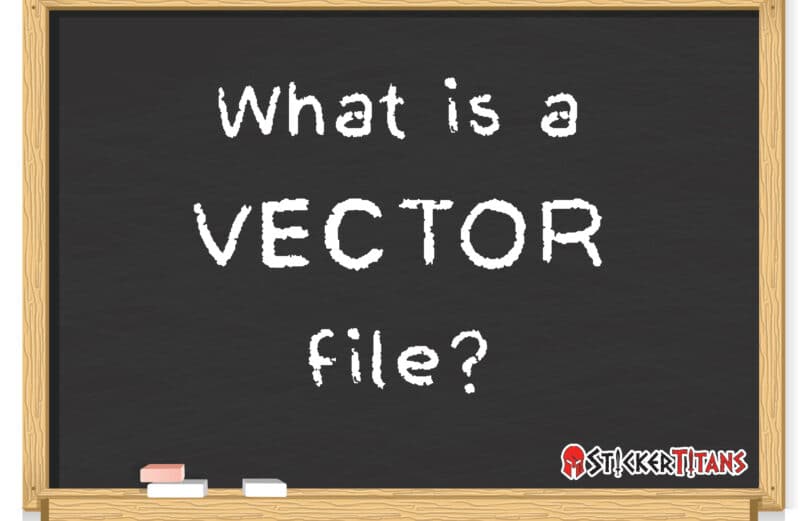 What is a vector file?

Images fall into two major groups: VECTOR and RASTER. Both can be used for printing, but vector files are usually the industry standard.

A vector graphic is an artwork that is comprised of points, lines, curves, and shapes. These elements are based on mathematical equations. On the other hand, raster images are comprised of solid colored square pixels.

In layman’s terms, vector files can be enlarged to any size without ever becoming blurry or pixelated. But because raster files are made of individual pixels, enlarging them will eventually end up pixelating the image.

Here are two images of the same design. One is in vector format and the other is a raster file saved at 400 pixels by 400 pixels.

At this point, the two images look pretty much identical.

However, the differences begins to appear when we start enlarging the two images for print. If we wanted to print a 10 inch logo sticker at 300 DPI, we would need to resize the images to be 3000 pixels by 3000 pixels.

When we do that, the quality of the two images begin differ.

You can start to see that the raster image on the right is starting to blur (or pixelate), whereas the image on the left remains crisp.

If you still can’t see the different, we can enlarge both even more.

This is why printing companies like StickerTitans would very much prefer working vector files.

Here is a table that illustrators the differences between Vector and Raster files.